Does Defragmenting a Solid-State Drive Cause Data Loss? 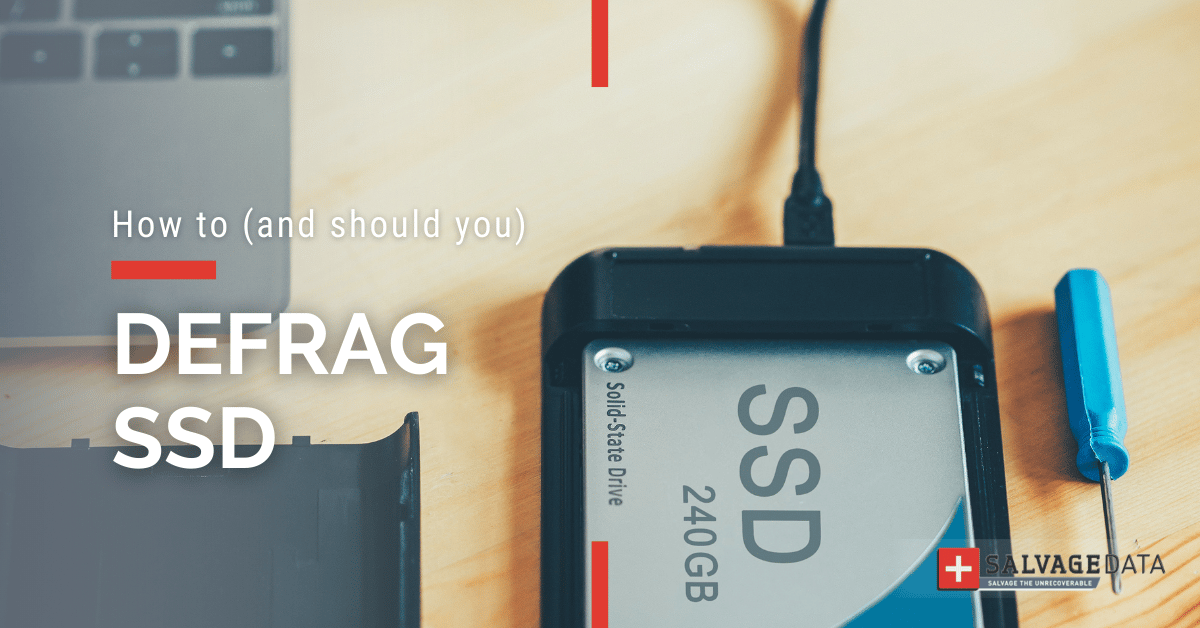 If you own an SSD you probably have heard that defragmenting is not recommended for solid-state hard drives.

Most likely you had a hard disk drive before upgrading it to an SSD when you even had a weekly defrag automatically scheduled.

We know some habits are hard to break. Especially if you’ve been indoctrinated that defragging prevents data loss.

However, let’s debunk this belief when it comes to SSDs. No more wondering if you should defrag an SSD:

Not only is defragmenting SSDs unnecessary, but yes, it can cause data loss in the long run.

Let’s go over what defrag means and what it does. Then, you’ll see why you should not defrag an SSD and what you can do instead to keep your device optimized.

What Does Defragging Do?

If you’re old school, you know that hard drives need a defrag every now and then.

Whenever you’re defragging an HDD, it reorganizes itself. Defrag means the process of analyzing data stored in a hard drive in order to group similar pieces – or fragments – of data together in a standard and continuous fashion.

That’s why you feel your computer working faster after a defrag. That delayed seek time is reduced by optimizing the HDD storage capacity.

Should You Defrag an SSD?

The reason why a defrag improves data access performance for HDDs is that information, in this case, is stored on disk platters.

But what about solid-state drives? Will running an SSD defragmentation provide the same benefits? Or worse, will an SSD defrag cause data loss?

Unlike HDDs, whereas a needle head hovers above the disk platter to find the prompted data, SSDs have no moving parts. SSDs store data in a series of floating gate transistors called NAND flash memory. 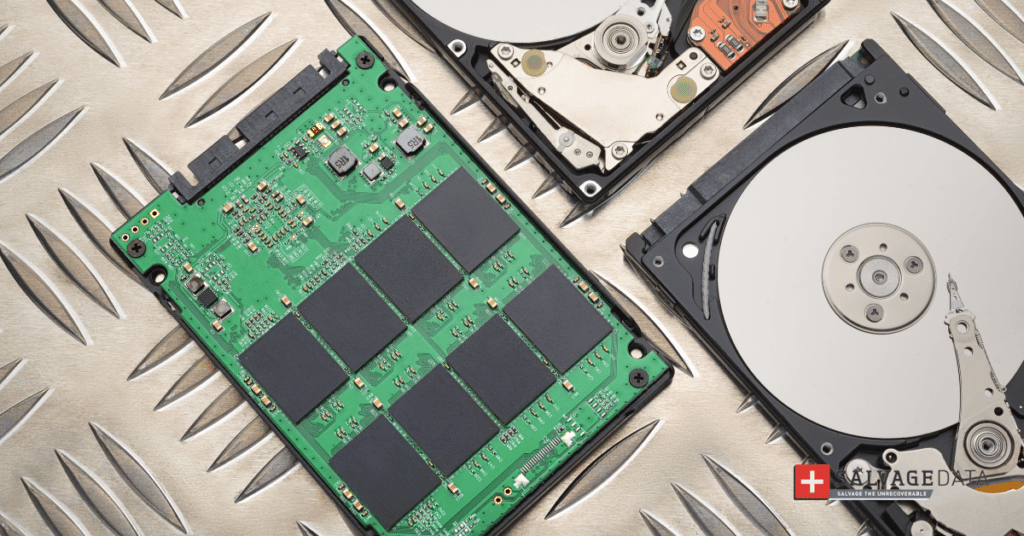 This type of structure makes SSDs more resistant than HDDs. But SSD endurance is not the only obvious advantage.

The beauty of the comprised individual cells that make up the flash memory of the SSD technology already ensures the best data storage arrangement. And since there’s no mechanical search for data like HDDs, the seek time is not affected – nor improved by an SSD defrag.

What Happens If You Defrag an SSD?

Now that we’ve settled that defragging an SSD won’t improve its performance, there’s really no point doing it.

But before you think defragmenting SSDs won’t do any harm either and decide to do it anyway to be on the safe side, let us warn you about what does defragging do to your device.

We’ve previously compared HDDs versus SSDs in another article. And although SSDs are far superior in endurance, performance, and storage capacity, it has one weak point. (Well, two if you consider that SSDs are pricier than HDDs).

HDDs may be delicate but with proper care – including regular defragging – they may remain functional for years. The same can’t be said for SSDs.

Actually, defragmenting an SSD will shorten its lifecycle. That’s because SSD technology has a finite, limited, and predetermined NAND rewrite capability.

Every time you defrag an SSD, you’ll be using one precious write/erase cycle. Over time, with regular usage and unnecessary defragging, the NAND flash memory will block any new information.

Even worse, forcing and wearing out the NAND rewrite capability might even damage your device. Considering that SSDs give no failing signs like HDDs noises, defragging an SSD may indeed eventually cause data loss.

How To Improve SSD Performance – Without Defrag

If you’re a proud owner of an SSD, not having to defrag it is really a plus. Its flash memory technology takes care of an HDD deficiency if you think about it.

The limited NAND rewrite/erase cycles are nothing to worry about with regular data storing. But if you are concerned about improving its efficiency, here’s a list of what can be done instead of an SSD defrag:

An SSD device can hold A LOT of data. But if tracking the rewrite cycles can give you some peace of mind, then there’s actually an equation:

We’ve gone over this math in detail before on an SSD Endurance article, but basically, you need to know that TBW means the total Terabytes Written. This is calculated by how many DWPDs (Drive Writes Per Day) the SSD manufacturer states it can handle within a specific period of time, which becomes the Warranty Years.

So, do check out the manufacturer specification of your SSD device and keep track of its TBW like you track the mileage of your car before an oil change. Although the TBW and DWPD are ballpark numbers, they should give you enough time frame to keep your data safe before your SSD reaches full capacity.

Leave defragging to HDDs. If you perceive your computer running slow, a safe alternative is to do a manual SSD clean-up. Search for the Disk Cleanup utility in your computer (Select Start > Settings > System > Storage > Cleanup – for Windows) to manually delete unwanted files.

But if you want to delete more than a few files, then it’s best to use the SSD TRIM command. The TRIM command will determine which blocks of data are no longer needed and discard them. But keep in mind that all of these resources will count as a NAND rewrite/erase cycle, so choose wisely.

If you’re looking for something more drastic than deleting just some data, then you can deploy the ATA Secure Erase command (or similar command according to each SSD manufacturer) to wipe out your SSD. This will format a solid-state drive to a clean state.

Well, almost. SSDs can actually only be reformatted, meaning data can still be recovered by data recovery professionals, like SalvageData. But for practical purposes, your SSD will be good as new to be either used, sold, or donated.

If the reason why you wanted to defrag your SSD was for increased security, then you can try encrypting your drive. Unfortunately, sensitive information stored in an SSD can be vulnerable to accidental loss or hacker attack as well, so encrypting your device is a safe alternative.

Check your SSD manufacturer for recommended encryption software. However, performing hardware-level encryption is best advised so only the drive gets encrypted, not the whole CPU. Most SSD brands have a built-in encryption controller, also called a self-encrypting drive, so you can simply define its settings.

Defragmentation works to free up some space on HDDs. Although SSDs provide way more data storage capacity, not to mention they can read data 10 times faster and write data 20 times faster than HDDs, you still may want to increase storage space.

You can upgrade a smaller SSD to a larger one or add a second SSD device in order to expand its storage capacity. Another defrag alternative for more space is to combine your SSD with a SATA device to handle your data storage needs. SATA drives can hold more data than an HDD but it will be cheaper than acquiring another SSD.

The key takeaway is that an SSD will be your reliable data storage solution for many years to come without any need for defragging since it is built to be self-sufficient. In case you have more SSD issues that need to be cleared up, be sure to reach out SalvageData experts for help anytime!