Home / Blog Page / A Few Words About SSD Endurance, And Why It’s Important

A Few Words About SSD Endurance, And Why It’s Important

Now, the average user doesn’t know or care about the specifications of particular models and often has no idea of the technology used in a drive — as long as it’s simple to set up, easy to operate, and promises reliability. For understandable reasons, storage size, read/write speeds, and cost seem to have the highest priority for the majority of consumers when it comes to choosing the right digital storage device. However, there is one more crucial parameter in SSDs that shouldn’t be neglected — the one that has a direct impact on data retention, namely the shelf life of the drive.

Since we believe this may be of use to our readers, this article will take an in-depth look at what SSD endurance stands for, and why it is so important for data stability.

Choosing the right SSD is certainly not an easy task in itself. You need to get the right form factor so that the drive will fit in your machine. You have to select one of the three main incompatible interfaces (SATA, SAS or NVMe) to make sure everything works properly. Of course, you also need to pick the right capacity ranging anywhere from 100 gigabytes to several terabytes. And now there’s this… 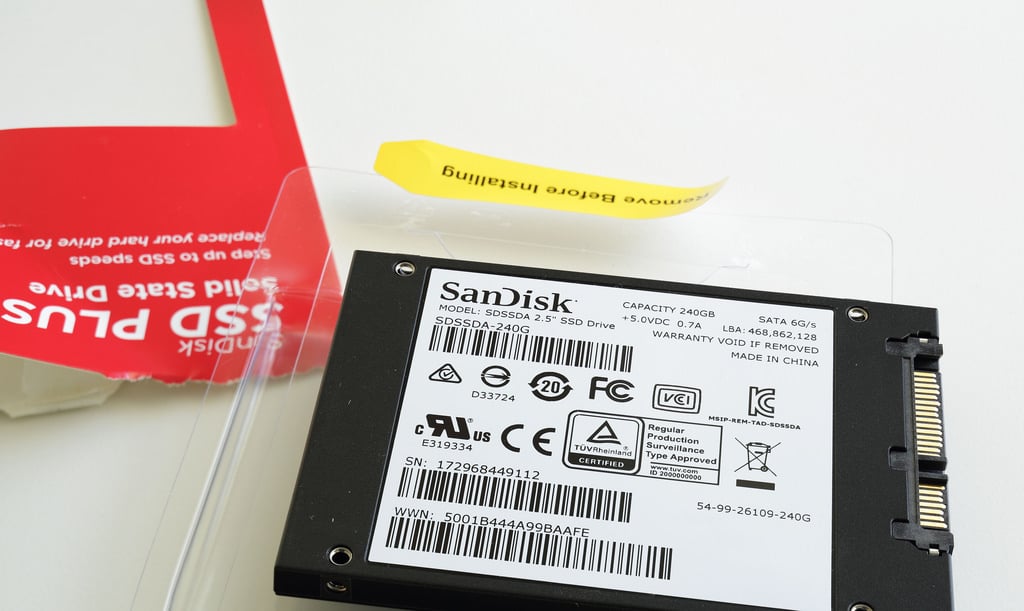 In fact, it’s not that complicated. Basically, SSD lifespan is the measure of a drive’s usable life cycle. Endurance, in turn, refers to the total amount of data that an SSD is guaranteed to be able to write under warranty, often specified in “TBW” or “DWPD”. The physics of a solid-state drive endurance are quite complex, but the results are very simple: SSDs wear out as you write on them.

A Little Bit More On DWPD And TBW

To understand these concepts, it will take a little foreword on how hard drives work. As we recall, HDDs relied on moving parts to operate. Shifting across the surface of the spinning platters, a hard drive’s head arm writes data onto sectors capable of accepting magnetic charges, thus turning the data into the zeros and ones that any digital information is composed of.

Solid-state drives, however, function in an entirely different way. Instead of any moving parts, an SSD stores your data in a series of floating gate transistors called NAND flash. Known as non-volatile memory, or NVMe, this type of memory can hold its magnetic charge even when not powered up.

The longevity of a hard drive thus largely depends on the relative condition of all its brittle moving parts. While drops, extreme temperatures or other physical damage can have catastrophic consequences, up to and including complete loss of data, with proper care an HDD may remain functional for many years. As for SSDs, their durability is defined more specifically, namely through characteristics such as Drive Writes Per Day (DWPD) and Terabytes Written (TBW), which indicate how many times data can be effectively written, erased and rewritten to the disk.

Since this kind of technology relies on the individual cells comprising the NAND flash memory, SSD endurance is directly reflected in a finite number of write/erase (also known as program/erase, or P/E for short) cycles that a flash memory block can reasonably accept before it can’t be used anymore — or some severe errors take place. Simply put, you can only save or erase data in these cells so many times before they begin to degrade and no longer hold information.

Now, these cycles are affected by both DWPD and TBW, and so manufacturers employ equations to calculate how long an SSD is likely to continue to operate safely. DWPD is the number of daily writes that a drive can sustain during the warranty period, which is typically three to five years. So, if a manufacturer labels a 1TB drive as capable of handling 1 DWPD, it means that the SSD will be able to withstand 1TB of data being written to it every day over its warranty period. In turn, TBW represents the total amount of content that can be written safely throughout the lifetime of the SSD.

Here is the equation by which you can convert 1 DWPD to TBW:

From this it comes out that for a 1 TB SSD with 1 DWPD, the TBW would be 1,825 (given a warranty period of five years), meaning that after the SSD has written and overwritten 1825TB during the warranty period, it’s time to back up your data and look for a new drive.

At the same time, there is a common trick that users encounter when browsing SSD datasheets, which is the assumption that “1 DWPD” on one drive equals “1 DWPD” on another model. Where solid-state drives have different capacities, the total amount of information you can write to them can vary substantially: just as an example, here is a comparison of a 15TB “1 DWPD” SSD and a 1TB “1 DWPD” SSD, both of which come with a 5-year warranty:

Why Is It That Important?

There are several reasons that you should pay close attention to SSD longevity. First and foremost, the integrity of your data may depend on it. Unlike conventional HDDs, which may show obvious signs of imminent failure (squeaking, buzzing, clicking, anything like that), solid-state drives give no advance warning. From these considerations, you should have a reasonable time frame in which you can be certain that your data is safe. Knowing DWPD and TBW gives you that assurance.

Second, understanding manufacturer specifications could also help you make an informed decision as to which drive suits your goals and requirements best. While excessive endurance levels may unnecessarily increase your costs, as noted in a Western Digital blog post, lack of it can result in higher expenses for drive replacements and prospective data loss in the future. Finally, if your drive does fail, taking valuable files with it to the next world, and you are in need of professional help, an SSD will be much more convenient and easier to transfer.

For more than a decade already, SALVAGEDATA thas been providing exceptional data recovery solutions for a wide array of devices from HDDs, SSDs, smartphones and tablets, to NAS, virtual drives, and RAID configurations — offering the “no data, no charge” guarantee. Don’t hesitate to contact at фе 1 855 901 1065 for a free consultation on your case, or simply start a case online so we can get your data back to you as soon as possible.