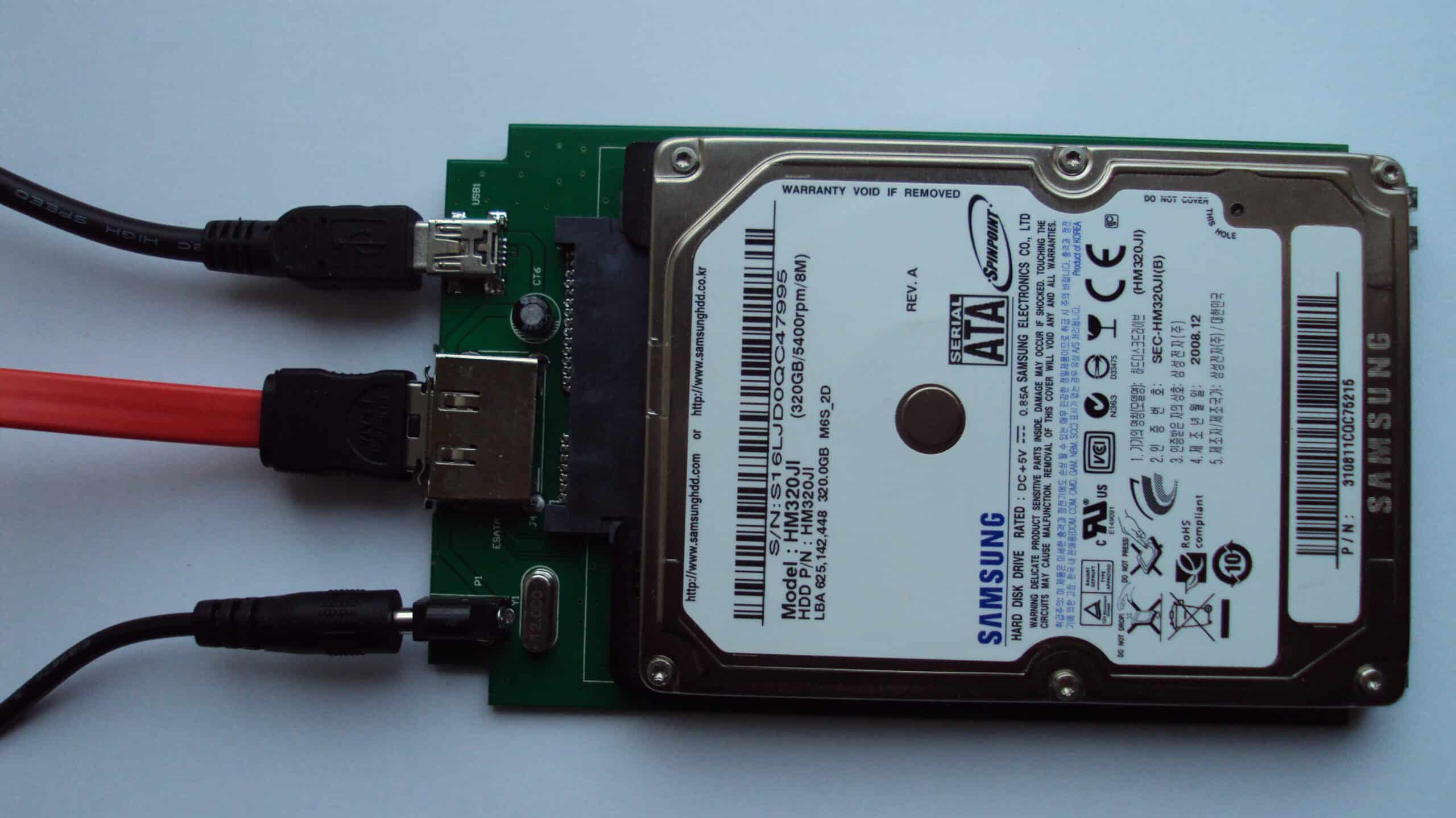 So, there are three main types of hard drives when it comes to storage solutions: conventional spinning hard disk drives, nimble solid-state drives, and something called Serial Advanced Technology Attachment, or SATA for short. And since our blog is replete with content disclosing the features and differences between solid-state devices and good ol’ HDDs, this article will shed some light on the uses and benefits of SATA rewritable storage.

Though not as popular as the latest SSDs, SATA drives are found in desktops, laptops, and even gaming systems like Playstation and Xbox these days, being a far more common form of storage than you might think. 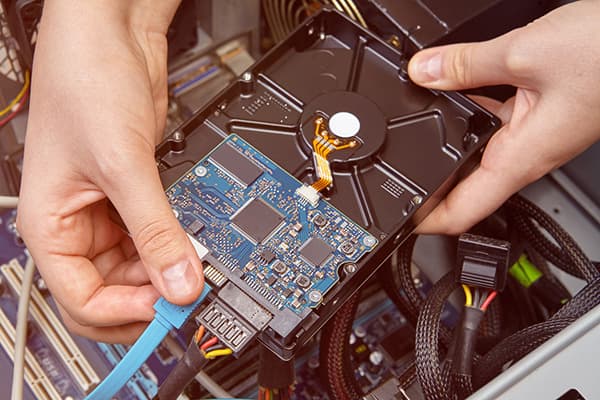 Unlike PATA devices, which deliver bits of data simultaneously over a 40-pin ribbon cable, a Serial ATA drive relies on a single cable with a minimum of four wires that create point-to-point connections between devices — and, as its name implies, transmits data in a serial fashion,  one bit at a time. It’s comprised of an electrical port to power a drive in a computer by utilizing the host device’s power supply, and offers a lower risk of crosstalk and electromagnetic interference due to a smaller number of conductors. The data port carries information between the drive and motherboard, with a jumper being used to configure different drive operation modes. Essentially, it is the SATA interface that connects the storage drive and the motherboard on a PC, notebook, laptop, or gaming system.

Able to write to the disk with an interface rate of 6 Gb/s with a throughput of 600 MB/s, Serial ATA storage drives are characterized by high transmission speeds, massive storage capacities, and support for most operating systems in use today. They also excel in their compact size, being classified as 2.5” drives, contrary to those used in desktops (which are normally 3.5”).

An HDD is the original hard drive which resembles a tiny, shiny vinyl record player with a spinning disc and a fragile read/write arm hovering over its surface. These drives are large, bulky, and susceptible to a variety of problems, including disk fragmentation — an issue that occurs as a result of the disc becoming crowded with data that wasn’t written on the drive sequentially. Available storage volumes, on the other hand, are an undeniable advantage of HDDs: with 500 GB being considered the “basic” hard drive capacity for premium laptops these days, desktop computer models can range from 250 TB to 14 TB.

SATA drives have a lot in common with HDDs, meaning that both of them use moving parts and can store large amounts of data — a single drive can range from 500 GB to 16 TB. However, although the boot time is a little slower, a Serial ATA device will provide a much faster transfer speed between the drive and the motherboard. In terms of their longevity, there is enough data to say that a SATA drive can last reliably well beyond 5 years, the same as an HDD. All in all, these drives would be your best bet if you require a lot of cheap storage and don’t need extremely high reads or writes.

Now, SSDs store all of the data on non-volatile flash memory, which naturally makes them significantly faster than SATA drives. It’s quite difficult to pinpoint the exact speed since it largely depends on the manufacturer and form-factor, but even the lower performance models are comparable to SATA drives. Having no moving parts in their physical makeup, these chip-based drives are also much more durable, and their form factors are designed specifically for laptops, which together makes them perfect for storage on the go. While an HDD may have a longer lifespan if regularly defragmented and used properly, SSDs lifespan is typically in the neighborhood of ten years. Finally, the downside here is that these drives don’t come in as many sizes, and are much more expensive: raging from 120 GB to 2 TB, an SSD will cost you about 2-4 times more than a SATA hard drive of the same size.

In today’s market, SATA drives are still relevant and widely used in computers and gaming systems. A SATA drive failure can occur as a result of logical issues, partition damage, accidental data deletion, human errors, virus attacks or malware infection, and due to other malfunctions that mechanical hard drives are prone to.

If you’ve found your SATA device in trouble, make sure to contact SALVAGEDATA by phone 1-855 901-1077 for a free consultation on your case, or simply leave an online request. Having dealt with all types of drive failures and malfunctions over a decade of experience, our engineers can identify the problem as quickly as possible, and offer you the best approach to solving it.