There’s been much ado about protecting communications on the email side and rightly so since it represents the greatest risk of data loss due to malware. However, there’s another side to communication personal users and businesses alike should focus on and that’s messaging. Here are some the risks involved, ways to use messaging encryption, and when you should turn to experts for help.

Are Your Messages Really Private?

Some work colleagues communicate via instant messaging apps or by texting with each other since it’s easier than a meeting. And while the convenience is beneficial, especially when you’re dealing with employees in multiple office locations, think of the file attachments and other sensitive data transmitted during these talks.

Next, picture what would happen if a hacker broke into your company’s network and accessed the chat logs. This could become problematic because they have access to sensitive company information.

Dovetailing further down the rabbit hole, if you’re a personal user, you might not think you represent as big of a prize because you don’t have company information to share. Yet, hackers also see value in you because they can access your personal information, which they use in brute force hacking attempts to break into your device.

From there, they could install malware. And because they have a record of who you’ve been chatting with, they have other people they can deploy the malware to by using your email address or social media accounts.

All told, the risks are high for both personal and business communications; this is why it’s important to use encrypted messaging apps. 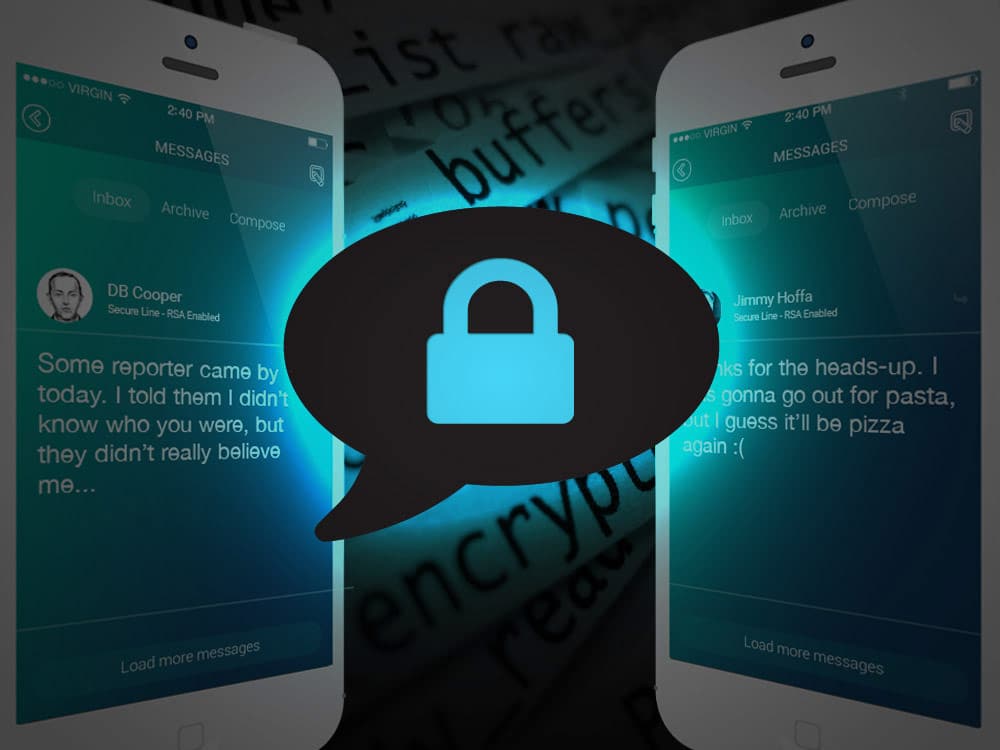 What Are Encrypted Messaging Apps?

These apps offer you a high degree of anonymity by encrypting the data transmitted between you and the other people you communicate with on that app. It’s important to note that all parties talking have to use the app to receive the full benefit or else you run the risk of data exposure.

From the hackers end, they won’t be able to snoop in to read the content of your messages. In turn, this keeps everyone’s data safe from prying eyes. And it could prevent your company from losing data due to a leak, which costs valuable resources by way of time and money.

There are many encrypted messaging apps available from Signal to Wickr. Wickr, in general, does an excellent job in wiping away conversations so there’s no trail for hackers to pick up on.

Furthermore, when searching for an encrypted messaging app, it’s important to check how the company protects your data. If they store it, do you have ways of accessing and deleting it? Keep in mind if the company stores data they are just as susceptible as you can be to hacking, so how safe is your information?

Meanwhile, if you experience data loss by way of malware or ransomware know there’s a team of experts ready to retrieve your files. Our team at SALVAGEDATA make recoveries happen daily for businesses, government agencies, and personal users. Contact us to learn more!