Fortnite has become one of the most popular games in the world. And with that attention, many hackers are hoping to cash in. Wired recently found there are websites advertising Fortnite, however; when you go to download it, you’ll receive malware instead.

When Epic Games made Fortnite available on the Android platform, they chose to release it on their website, not the Google Play store. The reason for this was strictly financial. Wired reports Google takes a 30-percent cut on every app purchase, and with Fortnite grossing in the neighborhood of $2 million daily, it made financial sense for Epic Games to find another delivery avenue. By the way you can get our android data recovery service

This is why they chose to release the game on their website. Yet, because they did not make it available on the Google Play store, it provided scammers with another way to ply their wares. Wired found seven websites which supposedly offered a way to download the game. 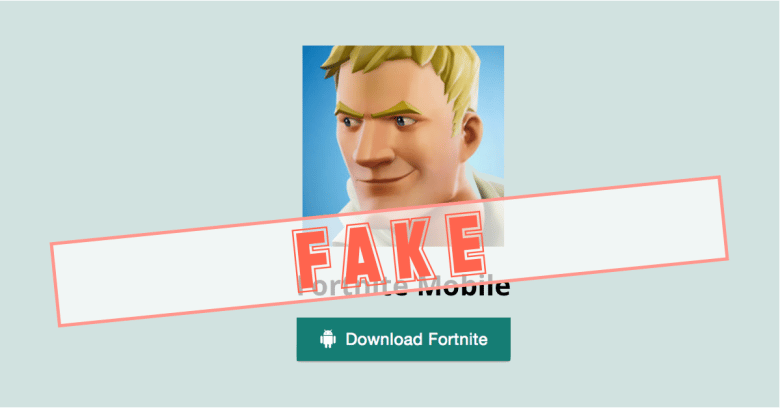 Lookout put their security researchers to work, investigating these websites that promised a way to download the Fortnite app. In most of the cases, it was clear the scammers did their homework, as they were sure to include Fortnite in their URL and imagery that mirrored the game on their landing pages.

If you click on the download link, it will deploy one of two types of malware. The first, called FakeNight by Lookout, play videos–this will appear as if Fortnite loads. From there, you’ll receive a command stating, “Mobile verification required.” Then you have to go through a wide array of ads, promising the game will load any moment. Of course, it does not load.

Another malware deployment called WeakSignal uses a screen that mirrors Fortnite imagery along with ads. After waiting for a long time, a message appears stating it couldn’t download the game due to a weak signal.

In either instance, the design of the malware is to help the scammer gain money through ad revenue. So, at worst, you’re looking at having your information sold to ad lists. However, the availability of the imposter apps signals a dangerous trend.

While Wired didn’t list the websites containing the imposter Fortnite apps, it did say many of them indexed well in search engines. This means that it’s easier for people to find these imposters through a simple search of the Fortnite app.

Because of this, it’s important to exercise caution when downloading apps. Here are some best practices to employ:

Try to download apps from the Google Play store. Google has built-in malware software to help protect you against fake apps.

If the app isn’t on the Google Play store, go to the manufacturer’s website. They’ll have information as to the availability of their app.

These tips can help you spot fake apps. In the meantime, if your data becomes lost due to hardware failure, malware or other causes, trust the team at Salvage Data to help. We can help you recover the files you need in a professional manner. Contact us to learn how.