Symbols on SD Cards Explained: What the Numbers And Codes Mean 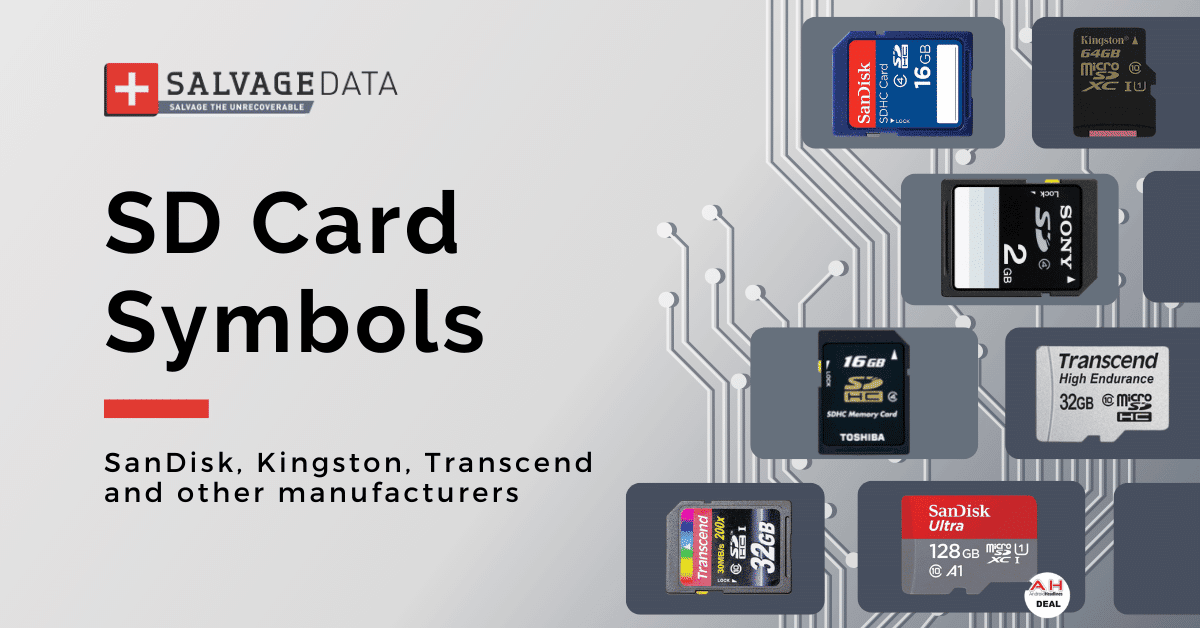 Memory cards are often marked with a variety of different symbols, and it can be difficult to understand precisely what they mean. The goal of those symbols is to describe the card’s specifications. By understanding these SD card symbols, you’ll be able to choose the right SD card for your phone, PC, Nintendo Switch, or any other device. 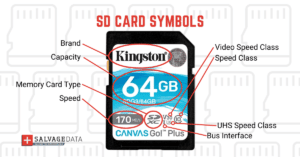 SD cards’ physical size and shape haven’t changed since their launch in 1999. This means that any SD card you buy will have the same overall dimensions. So, their difference lies in their configurations. SD card symbols are used to denote the internal specifications of a memory card.

Finally, V30 indicates that the card is capable of recording high-definition video at a speed of 30MB/s. 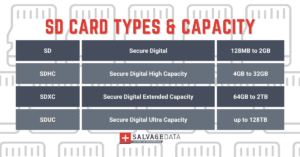 SD Card Speed Classes are also often indicated with a symbol. The most common classes are Class 10, UHS-I, UHS-II, and Video Speed Class 30. These classifications indicate the card’s minimum write speed in MB/s.

Summary: Understanding the symbols on SD cards can be confusing, but is essential for anyone who wants to choose the right card for their needs. The most common symbols include internal specifications such as UHS, flash memory type and capacities such as SDSC, SDHC, and SDXC, and speed classes such as Class 10, UHS-I, UHS-II, and Video Speed Class. You can also see the card storage sizes, such as 2GB – 128 GB.

Now that you understand what all those SD card symbols mean, you can make an informed decision about what is the best SD card for you to purchase.

Finally, memory cards can be delicate and are as vulnerable to data corruption as any other device. If you notice an issue with your SD card data, make sure to contact SalvageData for a fast and secure SD card data recovery service.

What does an SD card stand for?

SD stands for Secure Digital. It is a popular type of high-capacity flash memory card created specifically for storing digital data. They are commonly used in portable devices such as cameras, tablets, phones, and other mobile devices.

What are SD cards used for?

SD cards are primarily used to store data in digital format on a device. This includes photos, music, videos, documents, and other data types. They are also used to expand the storage capacities of devices that have limited built-in storage.

What is the difference between SD cards and microSD cards?

What is the difference between UHS-I and UHS-II?

C10 stands for Class 10, which refers to the minimum write speed of 10MB/s.

V30 stands for Video 30, which is a minimum write speed of 30MB/s needed for recording and editing 4K video content.

A1 stands for Application Performance Class 1, which indicates that the card can run apps quickly and smoothly.

What is the fastest SD card?

The fastest SD cards are usually UHS-II, with read/write speeds up to 312MB/s. They are ideal for capturing high-resolution video and can save large file transfers in just seconds.